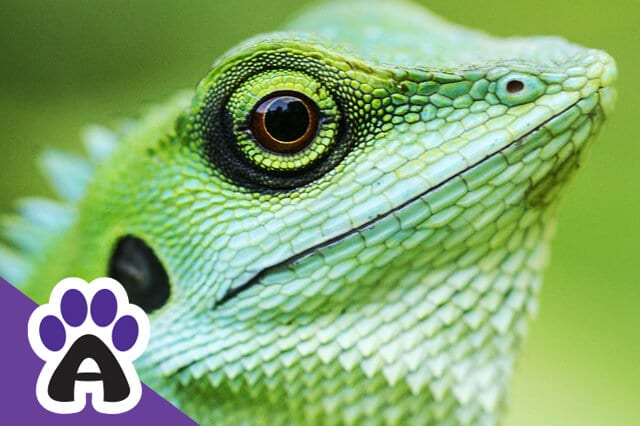 Reptiles are vertebrate animals that are characterized by having their skin covered with keratin scales. Most are terrestrial, but some species also live in water.

They already existed in the time of the dinosaurs and have managed to adapt to survive for millions of years. These are lizards, snakes, crocodiles, and turtles. In this article, we teach you everything you need to know about what reptile breathing is like.

Contents hide
1 Types of Respiration
2 How do reptiles and amphibians breathe?

How do reptiles and amphibians breathe?

Reptile respiration is pulmonary. The lungs can be of two types: saccular or tubular. The first type is the case of reptiles, amphibians, and mammals, the second that of birds.

The reptiles have very well developed with a large surface and fold lungs. The amphibians, however, have a much smaller area and lungs are virtually smooth, without recesses; therefore, they need another breathing system to get enough oxygen and they do it through the skin.

Reptiles’ ability to breathe is much more efficient than amphibians.

The rough and thick skin of reptiles does not allow them to breathe through the skin, as happens in amphibians, that is why their respiration is pulmonary and they have a greater capacity for gas exchange.

These animals have managed to adapt to the land, among other things, thanks to the development of their lungs. Other characteristics that have allowed them to adapt are a double-circuit circulatory system and an excretory system that conserves water.

How do terrestrial reptiles breathe?

There are small differences in relation to how reptiles of one species or another breathe.

On the other hand, the expansion of the rib cage happens in lizards and snakes, but not in turtles and crocodiles, which breath through the movement of internal organs.