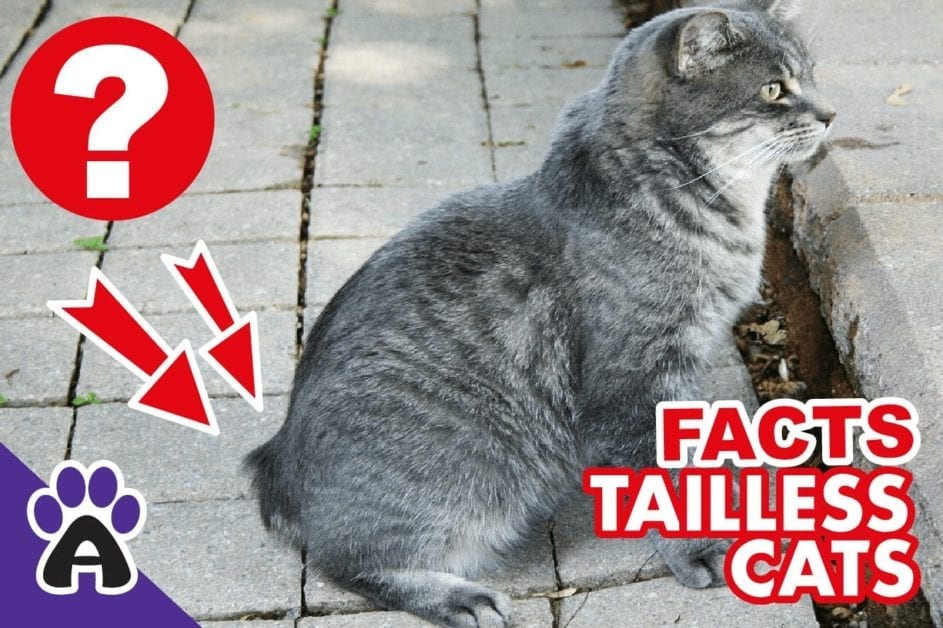 Among the two hundred cat breeds that have been registered with international associations, there are barely a dozen that are tailless. Those who do not visit the exhibitions probably have not seen such pets live.

Some aboriginal short-tailed cats have a millennial pedigree, but their distribution has always been limited.

Origin Of The Tailless Breed

The most interesting legend about the origin of the breed refers to one ancient cat, which was crushed by the door with its tail due to constant delays. This action happened regularly, so each new litter of kittens was born with shorter tails.

Since then, short-tailed cats have creases and knots on the short “stump” that they inherited from their ancestors.

The next myth attributes the representatives of the short-tailed breeds to the descendants of the lynx family. In their appearance, there are indeed common features that can convince anyone of the validity of such conclusions. Even a chromosome map of two types has 38 elements each – the most important fact from the supporters of such a theory.

The next hypothesis, unlike the previous stories, looks more plausible. Kittens were born with normal tails, but the mother cats chewed them off since the cubs did not fit in the cramped den.

It was by the tail that the predator could pull the kitten out of the burrow. Later, a natural mutation occurred, as a result of which the short-tailed breeds appeared.

And the latest version, which is related to genetics. By a strange coincidence, all tailless breeds originate either on island territories or in states with a closed way of life.

The oldest breed of short-tailed cats, the Japanese Bobtail, came to the islands from ancient China and lived in isolation for several centuries. In such conditions, it is possible to start the natural process of inbreeding (closely related crossing), which can be the cause of genetic abnormalities.

On the other side of Europe, off the coast of Ireland, on the Isle of Man, a similar story happened. Here local cats with short tails have been known for several centuries, but they got outside their territory only at the end of the 19th century, when they represented an already established and stable group.

Short-tailed cat breeds almost always contain the designation “bobtail”. The exception is Kimrick and Manx – two branches of the same pedigree group, which differ only in the length of the coat.

All aboriginal cats with short tails are similar to each other:

It is unfair to call these cats completely tailless. The tail length can be arbitrary, but shorter than that of other breeds, ideally, the tail should not fall below the hock of the hind legs or be less than 1 to 2 inches.

Individual requirements are provided by the standards of international expert associations.

In the first place are the aborigines, who became the ancestors of today’s short-tailed cats.

Bobtail (cat without a tail) is a breed with a thousand-year history. These animals have a flexible, muscular body, elongated limbs, and a short tail with a fur pom-pom at the end.

In Japan, such a cat is considered a cult animal for its unsurpassed hunting skills.

A group that formed in the Far East. Obviously, the local bobtail breed developed with the participation of Japanese cats. It was only in the last quarter of the last century that the Kurilian Bobtail first appeared on the Eurasian continent.

Representatives of this breed have a standard wild color and a remarkable pompom tail. It is stably inherited by the offspring and does not cause health problems.

Elders of a tailless tribe from Old Europe. They are interesting for two features:

The difference between Manx and Kimrian cats lies in the length of the hair. Initially, they were short-haired, and experts culled long-haired animals. But when the long-haired cats formed a large group, they gave it the name kimrick and registered it as a separate breed.

Another representative of the Russian aboriginal breed from the shores of Lake Ladoga. Initially, it was attributed to a variety of smokers, but later genetics revealed that they did not have common characteristics. Since then, Karelian tailless seals have been considered a separate species.

In the XX century, on the basis of naturally formed breeds, new species of mixed breeds and hybrids of cats with short tails appeared.

Tailless cat breeds are not widespread and are considered quite rare species. And the animals that were born as a result of recent experiments (snow-bob, toy-bob, twisty, oriental bobtail, ouhi-bob) are generally familiar to cat lovers only from photographs and rare reports from exhibitions.

Pros And Cons Of Tailless Cats

Keeping tailless cats does not differ from the rules that have been established for other breeds:

Short-tailed cats are considered by many to be strange, unusual animals. In fact, the tailless groups are distinguished by outstanding intelligence and robust health. If one day a person gets a cat with a small pompom tail, then in the future they will never become a fan of another breed.

Why is My Cat Licking The Wall?
Best Siamese Cat Names for Males and Females
Cat Breeds That Get Along With Other Cats
Gray Tabby Cats
13 Spotted Cats Breeds: Domestic Mini Leopards