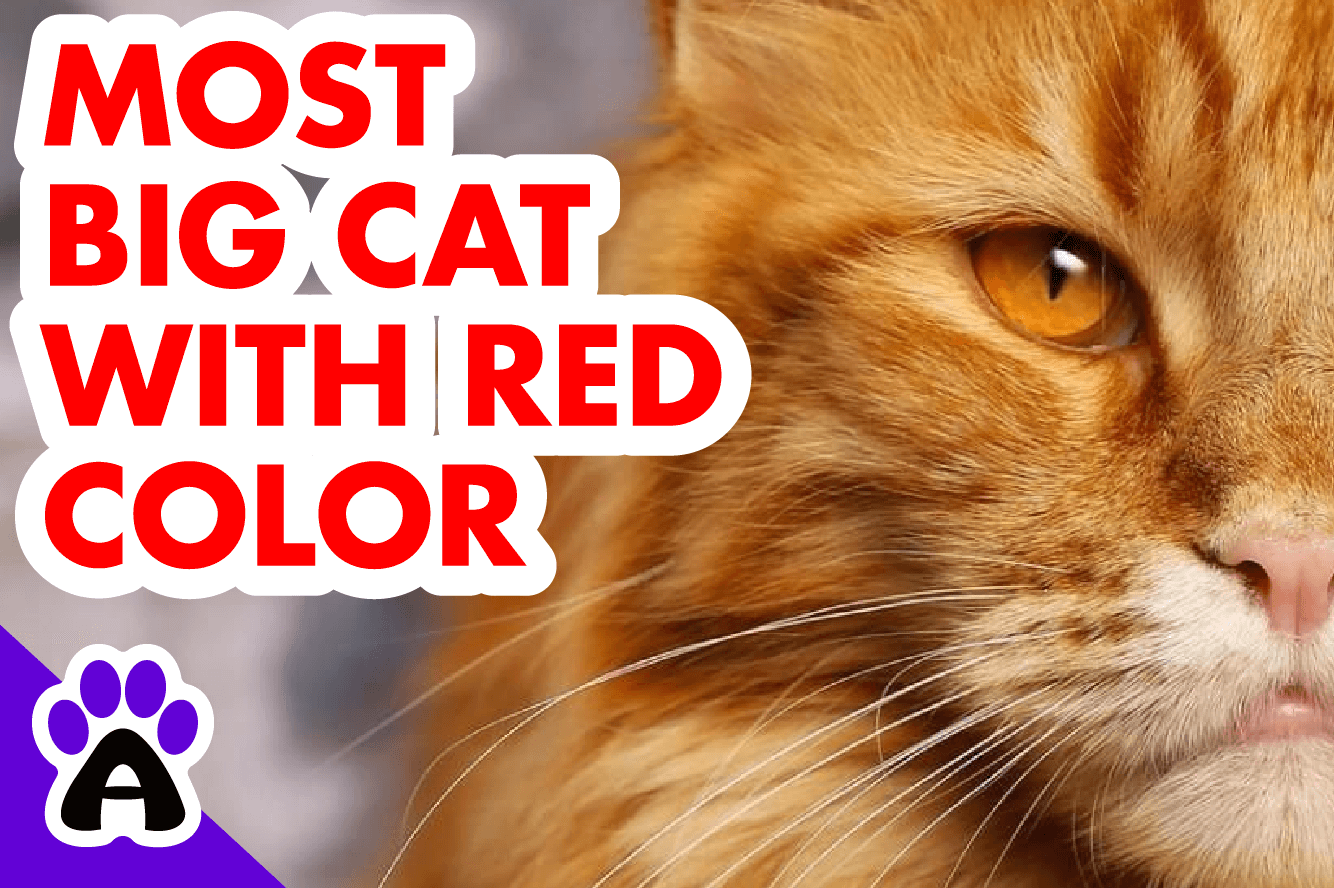 The color red is considered common for domestic cats, although in tradition it is far from the most common. The history of Maine Coons with red color is no different from the origin of other aboriginal cat breeds.

They appeared on the American continent 10 centuries ago, perfectly adapted to natural conditions, and saved the barns of local residents from the invasion of rodents.

It has been noticed that red cats are among the born hunters. It was this quality that saved the breed from complete oblivion during the expansion of oriental cats in the United States at the beginning of the last century.

Here are some great Red Maine Coon Breeders In the united states that might be able to help.

The history of the origin of all aboriginal cat breeds, including giant Maine Coons, is shrouded in a veil of legends and myths.

The first hypothesis about how this breed appeared dates back to the times of the Vikings when they conquered new lands. During the 1000s, warriors traveled on their boats to the New World, and together with them, the ancestors of the Norwegian forest cats got there. However, the Vikings were soon forced to return to the old continent. But the cats stayed for a long time, and as a result of crossing with local cats, the Maine Coon appeared.

The second version refers to the times of the French Revolution when Queen Marie Antoinette was planning her escape from Paris (1793). She had sent her cats to Captain Samuel Clough’s sailing ship in advance. The couple of monarchs did not manage to leave France, but the animals safely reached the shores of the United States in Maine. There, the cats received new blood from local animals, which became the basis for the formation of a new breed.

Another legend says that Maine Coons are the offspring of a domesticated cat and a wild Manx raccoon.

Objective data about Maine Coons appeared only at the beginning of the twentieth century, when in 1903 the “Book of the Cat” by the American Francis Simpson was published. In it, the author described in detail both her own pets and animals that belonged to her friends. The beginning of the story dates back to 1861, which became the main starting point in the biography of this extraordinary breed. Further in the chronicle of Maine Coons, there are almost no white spots:

Then history made an unpleasant zigzag – in the twentieth century, the breed of large Maine Coons was almost destroyed by the expansion of the Persians and Turkish Angora cats.

Rescued big cats in the same place where their pedigree line began – in the agricultural regions of America. Farmers were indifferent to the trends of fashion, but the safety of the harvest worried them. So the Maine Coons were doing what they knew what to do best – catching rodents.

In 1976, the breed was completely restored to its rights, it returned to international exhibitions and since that time has not disappeared anywhere else. 9 years later (1985) Maine Coons were recognized as the official state cat of Maine.

Interesting! Red Maine Coons belong to the group of “talkative” cats. They masterfully own their voice and love to rumble loudly, meow in every way, and sometimes even imitate the sounds of the surrounding nature.

The formation of the Maine Coon and other cat breeds is influenced by only two pigments – eumelanin (black) and pheomelanin (red). There is also a third large group – white cats – but in this case, the genetic instruction does not allow pigments to stain the hairs.

The very mechanism of transmission of the red color by inheritance differs significantly from other gene scenarios:

For “wild” striping, 2 genes are responsible at once: A and T:

The final genetic instruction that affects the red color in Maine Coons is transmitted by gene D. It is responsible for lightening the tone of the color when it assumes the recessive form of the dd allele: black turns blue, chocolate turns purple, cinnamon turns into a sand fawn, and red turns in peach (cream).

That’s all there is to know about the genetic nature and types of red in Maine Coons.

For some reason, orange is traditionally considered in its pure form, but in fact, it’s rarely found. Most often, this shade appears in Maine Coons in white and red combinations, and forms combinations of various shapes and proportions:

Alternating red and black spots over the entire surface of the Maine Coon’s coat. It stably appears in female cats, and male cats receive it in the only case – if they have an extra X chromosome and the whole sex formula looks not XY, but XXY. In this variant, Oo genes are added to these two XXs and the coloring becomes tortoiseshell. Maine Coon males of this color are born sterile.

is a combination of white and red with a tabby pattern. The ideal coloration is a white chest, belly and inside legs. There may be a light closed collar on the neck and a flame on the muzzle. The entire upper part of the Maine Coon (head, back, tail) should be covered with the main red color. The genetic formula for red bicolors is aaOO / YD-Ss. The final designations of the Ss genes are responsible for white spotting.

A large group of cats with insignificant splashes of white on the main red color is considered separately. The stains are classified as medallions, buttons, gloves, cap/saddle.

White-red (red) Maine Coons in any combination of colors look very elegant and even defiant. And if you add to the portrait a powerful body, stern eyes, and brushes on the ears, you get an unusually beautiful large cat.

Maine Coon is traditionally considered a very affectionate, safe, and sociable cat who is loyal to its owner.

At the same time, this breed is constantly found in the reviews of the most aggressive cats, although there is no objective information about the attack on the owners. Obviously, giant cats have fallen prey to their fearsome appearance.

Their length reaches 46 inches, their weight often approaches 37 pounds (especially in sterilized cats), and a predatory watchful gaze and overgrown ears complete the portrait. It is easy to imagine how such an amazing cat sits on a tree and watches its prey.

But the owners of Maine Coons share their observations about the dependence of the character and color of the coat. They believe that the red Maine Coon cat is distinguished from other animals by its incredible activity and curiosity. Of course, scientists cant confirm any connection between color and behavior, but practical examples often outstrip scientific conclusions.

Interesting! If ginger cats live in the same house with kittens, they become caring fathers and devote a lot of time to offspring, sometimes even more than a mother cat.

Caring For A Red Maine Coon

Caring for a red Maine Coon, is like caring for any other cat of this breed,  it does not cause much trouble to the owners. A pet needs to be socialized at an early age in order to timely outline the boundaries of what is permissible for it.

The red color in any combination is often found in these big cats, so it is possible to pick up a baby with suitable external parameters in the cattery without any particular difficulties.