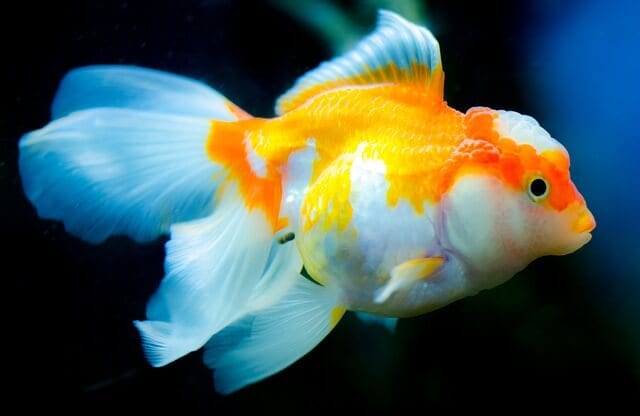 The round, plump bellies of goldfish are sometimes noticeable at the pet store or in your aquarium. Could it be that some goldfish are on the way?

Animals reproduce in two ways: they give birth to their own young or lay fertilized eggs. Goldfish, unlike other species such as guppies, are not oviviparous, which means their young don’t start swimming immediately after they are born. Instead, it means they have to lay their eggs. The eggs will remain outside the goldfish’s body until they hatch and the young become swimmers.

Contents hide
1 Can a goldfish be pregnant?

Can a goldfish be pregnant?

To be pregnant, the animal must carry live babies. Unfertilized eggs are not counted as babies because they are not alive! Only after they have been fertilized do they begin to grow and turn into small goldfish. So, can a female goldfish carry Its young ones, making It “pregnant”?

Goldfish cannot become pregnant because they do not carry live babies inside their bodies. They release unfertilized eggs into the water, where the male fertilizes them and then wait for them to hatch.

They are only alive when they are out of mommy fish’s body and are fertilized by their father, which means the goldfish female is never pregnant in the beginning. It’s just carrying Its potential children until then.

So what about that belly?

What’s wrong with your goldfish having a big round belly? Doesn’t that mean It’s pregnant? No, it could be full of unfertilized eggs waiting to come out … or overweight! During the mating season, the female will often get wider in the middle, in response to warmer weather and love floating in the waters, swell with eggs.

Sometimes it can happen that the eggs form a block when the female has no males around to mate with It, and this could result in abnormal swelling of the abdomen.

Other diseases also cause bloating, so if your goldfish seems unwell, it may be a good idea to investigate possible diseases.

If your goldfish is overweight, you are probably giving them too much food! Decrease the frequency and portion size and you should see improvements in your goldfish’s waistline.

Can Turtles And Fish Live in The Same Tank?
How To Tell If Your Goldfish Is Sick: a Complete List of Symptoms
Can I Keep Goldfish With Other Fish?
The Best Floating Plants For Aquariums (beginner's guide)
Do fish vomit? A curiosity to be discovered