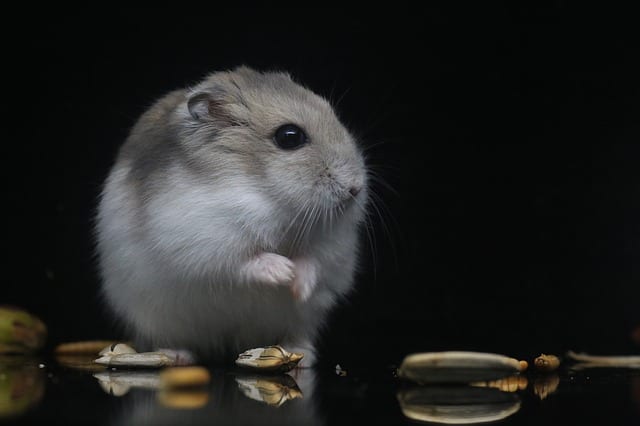 Are you wondering if hamsters are nocturnal? If you have ever had a hamster, then you will know that they are not the most active creatures during the day!

And if these little furballs are new to you, we’re here to tell you they’re not a lot of company during the day. So are hamsters nocturnal? Not exactly…

While you may have seen many references to hamsters as nocturnal animals, the vast majority of hamsters are actually crepuscular. This may be a word you have already heard. It comes from the Latin word for twilight, crepusculum. It simply means that hamsters, like many other mammals, may be more alert and active at dawn or dusk.

This is not to say that some hamsters don’t appear to be nocturnal, because they stay up all night. Just like humans, hamsters have their own sleeping habits; not everyone is awake and ready to play at the same time.

Contents hide
1 Why are hamsters crepuscular?
2 Should you change your hamster’s sleep habits?

Why are hamsters crepuscular?

It appears that hamsters were originally crepuscular because they had to be. When the first golden hamsters lived in the wild, there were many predators who wanted to eat them. Of course, these wild hamsters didn’t want to become food, so they had to adapt their way of life to survive.

Hamsters left their homes at dawn or dusk to get the food they needed, which could be eaten whenever they were hungry. So if you ever think, “why does my hamster sleep all day?” It is because its ancestors used to relax during the day, having stocked up on food early in the morning or late in the evening and at night.

The twilight pattern of life is now part of the nature of any hamster, even if domestic hamsters do not live with the threat of predators.

Should you change your hamster’s sleep habits?

If you are reading this article you are wondering, “Are hamsters nocturnal?” While we have explained that this is not the case, they may exhibit some sleep habits similar to those of nocturnal creatures.

One of these habits is that they often sleep during the day. This may seem strange to you if you are awake and want to play with your pet. You should always remember one thing: never force-wake your hamster when it doesn’t want to be awake. This could make your furry friend very angry, and you don’t want that to happen.

There are ways to encourage your hamster to be more active in the early evening. You can try to feed it sooner. If it hears you putting food in the cage, it will likely wake up, and if you stick to the same time all the time, it will gradually get used to waking up at that time.

The cage of your pet hamster should never be taken too exposed to light, but you can reduce the amount of light it receives during the evening. As the light decreases, your hamster will think it’s time to wake up and explore.

We hope we have explained why hamsters are not actually nocturnal. But that doesn’t mean they don’t sleep a lot during the day. Hamsters make excellent companions; they are usually friendly and it is easy to bond with them. But you must respect the fact that often your hamster will want to sleep when you would rather play. Never wake your pet when he wants to sleep. If someone wakes you up at 3 am to go out you wouldn’t like it, right?

This article is purely informative, at Shelterapet we do not have the right to prescribe veterinary treatments or make any type of diagnosis. We encourage you to take your pet to the vet in case of any kind of discomfort.