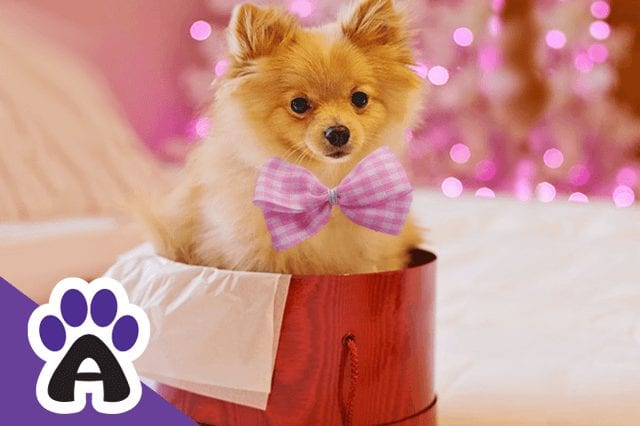 Miniature dogs adapt perfectly to life in small-sized city apartments and can accompany their owners everywhere in a lightweight carry bag. Therefore, they are gaining more and more popularity, overshadowing their large brothers.

Let’s find out which breeds made the list of the 10 smallest dogs in the world.

The Smallest Dog In The World

The Chihuahua named Milli became the record holder among miniature dogs. The crumb weighs only 170 g with a height of 2.5 inches.

Thanks to such parameters, she got on the pages of the Guinness Book of Records.

The smallest Chihuahua lives with a married couple in Puerto Rico.

Mexico is considered the birthplace of these small dogs. Presumably, miniature dogs lived in the wild and, after domestication, played an important role in the development of other dwarf breeds.

Chihuahuas have every right to be called the smallest dogs. The weight of miniature dogs does not exceed 6 pounds, and their height is 6-9 inches.

Curious and sociable creatures need careful care and are not suitable for families with small children. Despite their diminutive size, most chihuahuas show aggression towards strangers and have the habits of real watchdogs.

The cost of a thoroughbred small puppy is 180–960 dollars.

These contenders for the title of the smallest dog breed bred in Germany. Outwardly, they resemble a toy teddy bear.

Fluffy oranges weigh only 3-7 pounds and are 6-10 inches tall. Miniature animals need regular grooming and adapt perfectly to life in the city.

Small, shaggy Pomeranians tolerate cold well but do not like heat. They are endowed with high intelligence and loving, playful, and cheerful disposition.

Despite their toy appearance and small size, Pomeranians love long walks, but if necessary, they can do without them.

These cute little dogs are bred in Russia and are the smallest among Russian breeds. They are short-haired and long-haired.

The weight of miniature toys is 4 -10 pounds, and their height is 6–13 inches. Despite their tiny size, dogs of this breed are endowed with all the qualities that are characteristic of terriers.

Little dogs are independent, confident, playful, and energetic. The appearance and character of the Russian Toy are obliged to domestic breeders, and their closest relative is the pygmy terrier.

Belgium is considered the birthplace of these small dogs. Miniature griffons are obtained by crossing German terriers, English toy spaniels, and pugs.

Initially, they lived in stables and were used to kill rodents. Now they have become common pets, pleasing their owners with their mischievous and active temperament.

Brussels griffons grow up to 5–8 inches at the withers and weigh about 6–9 pounds. Representatives of the breed are smooth-haired and wire-haired. Both require regular care of the fur coat and do not tolerate heat well.

Smart, but stubborn crumbs do not like to be alone for a long time and, with a lack of attention, begin to bully. Little mischievous people tend to dominate their brethren and are able to compete with other dogs in certain types of dog sports.

A beautiful miniature breed appeared in the UK. These small dogs are the result of crossing several small varieties of terriers and were named after the English county of Yorkshire.

Decorative dogs with expressive dark eyes and long silky hair quickly won the love of glamorous young ladies and single ladies. These contenders for the title of the smallest dog almost do not shed.

They are endowed with an alert, inquisitive character, high intelligence, and a good memory.

They grow up to 7-10 inches and weigh only 3.5-7 pounds. Small and fragile York is not suitable for families with preschool children.

A seemingly harmless dog can be irritable, even aggressive.

The cost of a puppy of this small breed is on average 140-400 Dollars.

The homeland of these small dogs is Tibet. At first, miniature Shih Tzu lived exclusively in imperial families. In Europe, the crumbs were only in the XX century.

Long-haired beauties quickly gained popularity and regularly hit the top of the smallest breeds. They have a predominantly combined coat color.

A small Shih Tzu grows up to 8-11 inches, weighs about 9-15 pounds. The tiny dog ​​was loved not only for its beautiful appearance but also for its intelligent, friendly, affectionate character.

Shih Tzu are very human-centered and easy to learn.

Small dogs with long silky coats enjoyed the special disposition of the eastern rulers and lived in the imperial palaces.

Chins grow up to 8-10 inches at the withers and weigh 4-10 pounds. They adapt well to dry cool climates, do not tolerate heat or dampness well. Easy to carry, but prefer to move on their own.

Japanese Chins are endowed with high intelligence and playful disposition. Little mischievous people are sometimes stubborn, and for their excessive self-indulgence, they are often called petty dirty tricks.

You can buy a Japanese Chin puppy for 110-400 rubles Dollars.

Papillons have been known since the 16th century. The name of the tiny breed in French means “butterfly”, which is quite consistent with the appearance of the dogs. They have relatively large ears, which are covered with long hair and resemble the wings of this insect.

The fluffy fur coat of the papillon is painted in snow-white color with black or red markings. The coat of the crumbs needs frequent combing and regular washing.

These representatives of the list of the smallest dog breeds grow up to 5-11 inches and weigh 10-11 pounds.

Papillons are endowed with an energetic, cheerful disposition. They do not tolerate loneliness and dislike strangers.

This breed appeared in France in the XIII century. In the 15th-16th centuries, small dogs with snow-white curly hair enjoyed special privileges among the Spanish, Italian, and French aristocrats.

The snow-white crumbs are endowed with a friendly and playful disposition. To make the dog look like a white “marshmallow”, you need to take care of it: wash and comb it regularly. This is not very difficult, as the silky coat is not prone to tangling.

The smallest curly-haired dogs are very smart and clean. They easily get used to the litter box and do not like long walks.

The homeland of this breed is Belgium. Translated from the Flemish name “Schipperke” means “little shepherd dog”. Small, but very hardy and efficient dogs have long guarded the owner’s property and helped people graze herds.

The compact body of the Schipperke is covered with thick, elastic black hair. A small pet is endowed with an active and inquisitive disposition. The dog lends itself well to training and needs constant physical exertion.

Schipperke is one of the rarest breeds, so the price of a puppy starts at 1090 Dollars.

Small dog Breeds are gaining more and more popularity among residents of big cities. Many of them do not require complex care. At the same time, tiny four-legged friends eat little and perfectly adapt to living conditions in the city.

Miniature dogs do not need to be walked for a long time and left for overexposure during vacation trips. In fact, small breeds are not limited to the above ten. There are many more of them, and they all deserve attention.