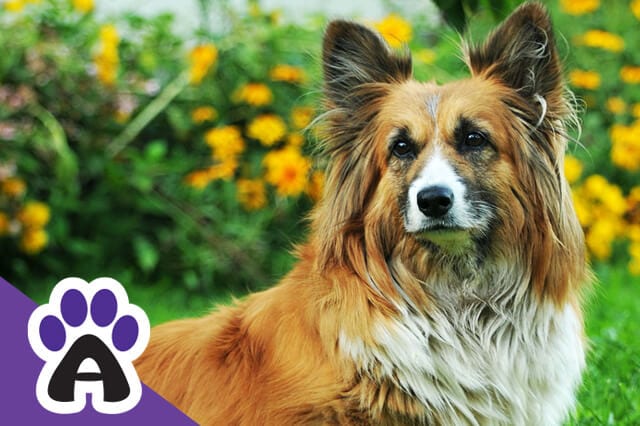 The adorable Pembroke Welsh Corgi and Cardigan are miniature short-haired shepherds with an incredibly friendly personality. However, among them, there are dogs with long and soft hair (fluffy).

Some people consider them an independent breed, others – a deviation from the norm. To accept this or that point of view, consider the features of these pets and their differences from the classic Welsh Corgi.

The AKC & ICF breed standard states that Welsh Corgi have a straight coat of medium length and a very thick undercoat. In this case, guard hair should not be:

However, sometimes long-haired puppies are born. This is not a separate breed, but a variety of common corgi, in the genotype of which the so-called fluffy gene is present.

Kennel organizations do not recognize such puppies: they cannot participate in exhibitions and breeding. This is due to the fact that initially, Welsh Corgi performed the role of shepherds. Therefore, the more whimsical long-haired individuals were discarded – there was no time to look after them on the farms.

Fluffy is a recessive gene that may be present in the genotype of both the Cardigan Welsh Corgi and the Pembroke. But if it is suppressed by the dominant gene, the long-haired trait will not show up in the phenotype (in appearance).

To designate the genes responsible for the length of the coat, use the Latin letter “L”:

In the first case, the individual is considered “clean”. When mated with the same dog, there will never be long-haired puppies in the litter.

In the second case, the animal is a fluffy carrier. But visually it is imperceptible since the dominant feature of short hair suppresses the recessive gene for long hair.

If in a small litter not a single puppy was born long-haired, this does not mean that the parents are not fluffy carriers. It is possible that many non-standard puppies will appear during re-matting.

Important. To get accurate information about the presence of an unwanted trait, DNA tests are done. The procedure is painless and does not harm the health of the animal.

Breeders believe that a corgi – a carrier of the gene – can have a more beautiful coat, and a dog that does not have this trait is usually “dressed” a little more modestly. But this statement does not work 100% of the time.

Fluffy has no direct effect on health. However, the long-haired corgi does not have an undercoat, which makes it very sensitive to temperature extremes. This dog freezes during winter and suffers from heat during the summer, which means that it can easily catch a cold and quickly overheats.

For your information. Both short-haired and long-haired corgis live on average 12-15 years.

Having done a genetic test, you can predict whether the offspring will be long-haired or not. The table shows the possible inheritance options.

Important. The table shows theoretical data. In practice, you can never predict exactly how many puppies will be standard and how many will be long-haired.

Thus, standard puppies are always born in short-haired corgi that do not have the fluffy gene in their genotype. When mating two carriers, every fourth puppy will be longhaired. When crossing standard dogs with fluffies, all puppies will be shorthaired, but will become carriers.

The ideal option is to mate only “clean” dogs. Long-haired puppies will not appear when carriers and long-haired corgi are crossed with “pure” individuals, but some babies will have the fluffy gene in their genotype.

At what age can a Long-haired Corgi be identified

All corgi puppies are born with a short and sleek coat that fits snugly to the body. Even an experienced breeder may not always be able to recognize a long-haired baby.

Corgi fluffy are clearly visible at the time of registration, that is, at 45 days. By this time, the signs that distinguish them from the short-haired representatives of the breed become clearly visible.

The fluffy puppy has elongated hairs behind the ears and on the limbs. As they get older, the coat gets longer and longer. It is very soft to the touch, which makes the difference obvious.

In a young standard dog, the coat may be slightly fluffy and puffy. After molting, it becomes dense and harsh, but it is possible that this individual has a gene for long hair.

Individuals of the so-called intermediate type are very rare. They may not have any of the fluffy traits. For example, feathering behind the ears.

In general, they look like standard animals with a slightly elongated coat. A beginner may not notice this and admit such a dog to breeding.

Appearance Of The Long-Haired Corgi

Corgi fluffy has a very soft and fine coat. Feathers are present behind the ears, and dewlap on the tail (if not docked). The fur is especially long on the belly and inner thighs.

The rest of the cardigan and Pembroke fluffy are no different from classic dogs. They have the same physique, cute muzzle, and identical color. However, due to their fluffiness, they look somewhat larger and more voluminous than their relatives, although they have the same height and weight.

For your information. Some long-haired dogs have soft ear cartilages, so the tips of their ears droop slightly.

Long-Haired Corgis are much more difficult to care for than short-haired representatives of the breed.

The soft coat gets tangled quickly. It is necessary to constantly monitor that mats do not form in the armpits and groin. For the same reason, it is problematic to dress animals in dog overalls. In contact with the fabric, the fur knits into lumps.

Long-haired pets need to be brushed daily. During molting, the procedure will have to be carried out 2-3 times a day.

If it is enough to wipe a regular corgi with a damp towel after a walk, then the Long-Haired Corgi will have to bathe. Dirt gets into the hairs, making it very difficult to remove.

During the winter, snow might stick to the paws and the belly. At home, the owner is forced to wash the pet under a warm shower, since it is simply impossible to remove the lumps with your hands.

After bathing, shaggy dogs need to be dried with a hairdryer, otherwise, the coat will remain damp.

For your information. Some owners prefer to cut their fluffies short to make it easier to care for them.

Many people are captivated by the charming appearance of these gorgeous dogs. But the long hair has several disadvantages:

However, long-haired corgi look very impressive, and it is a pleasure to stroke them.

Should You Buy A Long-Haired Corgi

The Welsh Long-Haired Corgi breed is suitable for people who do not dream of exhibitions and are ready to devote a lot of time to groom their fur. Long-haired dogs are as playful, affectionate, and friendly as standard dogs, making them great companions.

Despite the fact that corgis with long hair are considered a breeding marriage, the fluffy Welsh Corgi is gaining more and more popularity. Many people become owners of fluffy balls of happiness and do not regret anything.

How Much is a Long-Haired Corgi?

A long-haired Corgi puppy has an average price of $800-$1500. Some Breeders could even offer Corgi puppies for $2500 or even higher.

The price would depend on many factors, such as the pup’s lineage, its parents, its health, and the breeder’s reputation.

Aside from the puppy’s price, it would be best to consider the expenses that would come with it. For instance, you may want to get the essential things for your puppies like grooming tools, food, and shelter.

Fluffy Corgi Breeders Near You

If you’ve decided to adopt a Fluffy Corgi puppy, and you’re in search of breeders near you? However, you will want to choose reputable Corgi breeders who socialize their dogs and perform a variety of health checks.!

Check out our list of the best Corgi breeders in America. This way, you can find all the breeders depending on the state where you live.