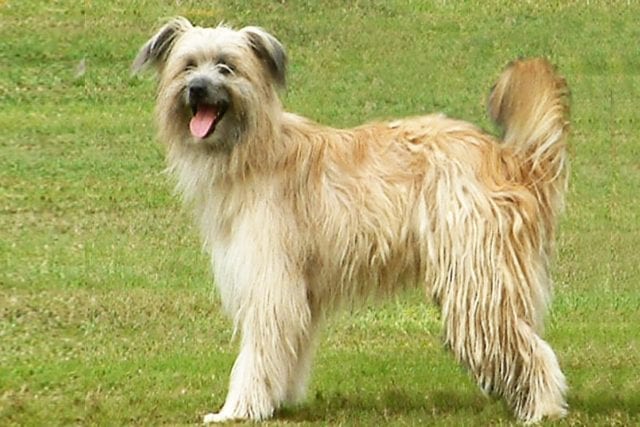 Its primary desire is to protect Its master and Its adoptive family. It is therefore perfect for a single human or a family with children. It is intended to be an excellent playmate for the little ones.

Little was known about the Pyrenean Shepherd breed until around the beginning of the 20th century. Its reputation then did not extend beyond the Pyrenean valleys, where It distinguished Itself with shepherds for Its robustness and intelligence.

The Pyrenean Shepherd Dog is intelligent, strong-willed, loyal, and lively. Originally used as a working dog, it also turns out to be an excellent companion animal, especially with children.

Its great adaptability is also one of its characteristics. Its courage and vigilance make It, moreover, a very good watchdog. It is also a very good playmate for children. It knows how to take initiatives.

The Pyrenean Shepherd must be channeled very early. It must also be socialized early in order to avoid possible behavioral problems towards other animals. With a skillful mix of firmness and affection, the Pyrenean Shepherd puppy quickly learns to become a balanced adult.

It barks often and Its liveliness can sometimes tire. Thus, it is important to educate It from an early age,  otherwise, It will adopt bad habits.

The Pyrenean Shepherd is originally a rather country dog. However, It knows how to adapt to a city lifestyle if It can spend enough time with Its master and take advantage of Its daily outings and exercises.

Properly educated, It can find happiness in any type of accommodation. Great sportsman, the Pyrenean Shepherd is more made for life outdoors. Thus, a house with a garden will be perfect for this canine, who can go back and forth at will.

A particularly resilient dog, the Pyrenean Shepherd rarely gets sick, as long as it benefits from a balanced diet and basic care. You have to be careful with what It eats because the Pyrenean Shepherd can be very greedy and therefore suffer from problems related to excess weight. It should be nourished in a healthy way and made to exercise.

The life expectancy of a Pyrenean Shepherd Dog is, on average, between 15 years and 17 years.

The Pyrenean Shepherd, even long-haired, has a fairly reasonable coat length. Its fur is therefore easy to maintain, but it must remain regular. The beauty of its coat is a prime criterion in this breed.

The maintenance and brushing of the Pyrenean Shepherd Dog should be done once a week . For the rest, it is advisable to regularly clean its ears to avoid any parasite.