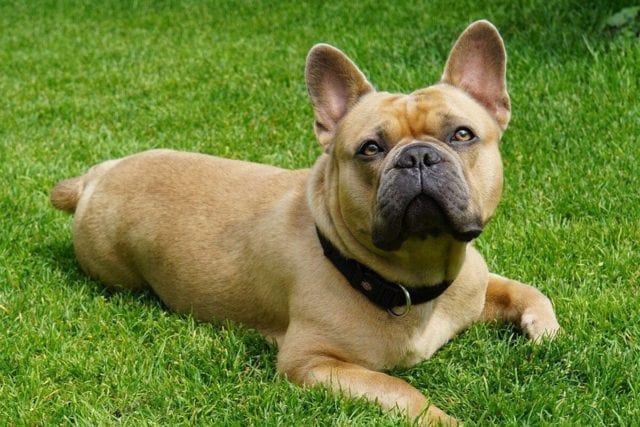 The French Bulldog, this adorable little dog who has a strong tendency to snore, is highly regarded for Its qualities as a companion dog. Like all breeds of dogs, it will be necessary to offer them a daily walk to meet their needs.

However, when adopting a French Bulldog, you should not expect to have a top athlete. Indeed, its particular morphology makes it sensitive to intense efforts. Not very resistant to heat and its not a good swimmer, the French Bulldog will be mainly appreciated for its attractions of a pleasure dog.

The French Bulldog would be the result of different crosses made by breeders located in the working-class districts of Paris at the end of the 19th century. Quickly, this breed of dogs was appreciated by renowned artists thanks to its atypical physique and its endearing character.

The French Bulldog, on the other hand, is born at the end of a cross between the Toy Bulldog and the Dogue.It  was recognized in 1898 by the Société Centrale Canine.

The French Bulldog is a companion dog with a very happy temperament . Gentle and playful , It’s  considered an ideal playmate for children . It’s a nice ally for the elderly. As It ages, It can become a public entertainer or remain relatively peaceful.

It always remains dependent on Its master with whom It needs to stay. It’s an  excellent companion dog  for young and old alike.

The education of the French Bulldog is not the most difficult, as long as you give it enough time. The ideal is to start your education at a young age to avoid setting up bad habits that will have to be caught up later.

The education sessions should be organized to improve socialization with other dogs, to learn basic educational rules (such as walking on a leash or recall) .

We must also teach It cleanliness, obedience and desensitize It to loneliness. This dog tends to be jealous and possessive and that’s why It must be educated very early to not develop these character traits.

Apartment dog par excellence, the French Bulldog does not bark often and adapts to all circumstances. This dog has no particular need for physical exercise. It’s hardly  enduring  and is satisfied with a home  life .

Simple daily walks fit It like a glove. It loves to play, as long as it isn’t very physical .

The morphology of the French Bulldog makes it very sensitive to heat and its short coat does not protect it well from the cold.

The French Bulldog, with its very short muzzle , can suffer from a breathing problem , especially in hot weather. It’s therefore necessary to avoid leaving it too long exposed to the sun. It has a high sensitivity to  respiratory and  back pathologies .

Indeed, its  rather short muzzle  favors  the brachycephalic,caused by an elongation of the soft palate and pinched nostrils. Therefore, it is not uncommon to hear the French Bulldog  snoring  when sleeping.

In addition, Its eyes are relatively fragile and require regular maintenance using a suitable lotion.

Finally, the back of this little mastiff is particularly fragile because it is part of the chondrodystrophic races and predisposed to a herniated disc. It will therefore be advisable to spare your doggie by avoiding physical exercises that are too violent or with too many impacts or placing too much strain on Its back (climbing and descending stairs, jumping on a seat, etc.) and monitoring Its weight to avoid applying additional mechanical stresses on Its spine. If it shows signs of pain, veterinary care is recommended without delay.

If you are the proud owner of a French Bulldog, taking out health insurance for your dog is justified because of the fragility of this very endearing little dog. Be sure to carefully study the proposals and beware of warranty exclusions: often hereditary diseases are one of them!

The life expectancy of a French Bulldog is, on average, between 9 years and 11 years.

Thanks to Its short coat, the French Bulldog only requires a simple maintenance , one brush stroke per week is sufficient.

A special pliers exist for cutting the claws . For its bath, it is advisable to use a neutral pH shampoo . The eyes are cleaned with dacryoserum or ocryl. Finally, wrinkles and folds, which require special attention, can be cleaned with physiological serum. Once completely dry, you must apply petroleum Gell.

The French Bulldog must eat a  balanced diet , as it is prone to  digestive problems . Thus, its weight must stagnate between 18 and 30 pounds in adulthood. Its diet consists mainly of premium croquettes that can be found in specialized stores. Lamb croquettes, a meat popular with French Bulldogs, are recommended. It should have a maximum of two daily rations.