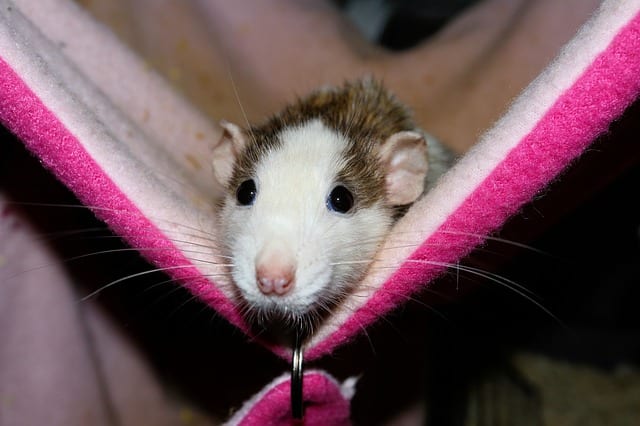 Is your pet leaving little urine droplets everywhere when they are playing? This very common behavior of pet rats puzzles some owners but is quite normal.

This is typical of tagging behavior and is especially common in male rats. Fortunately, it tends to be fairly small amounts and not terribly offensive, but many owners will have a blanket or towel to throw on the floor or furniture when playing with their rats because of this scent mark. It is also important to wash your hands after handling the rats.

This type of behavior often reaches its peak in adolescence and is more common in male rats. Typically decreases with sterilization.

There is a lot of information contained in those tiny drops of urine, such as information about identity, age, sexual maturity, social status, and stress levels. This serves both to mark the rat’s territory and to communicate other things to other rats. It’s a bit annoying, but very normal and typical behavior.

A rat that is scared or nervous may urinate larger amounts, but that is a different response to marking, in which small droplets or spots remain as the rat moves.