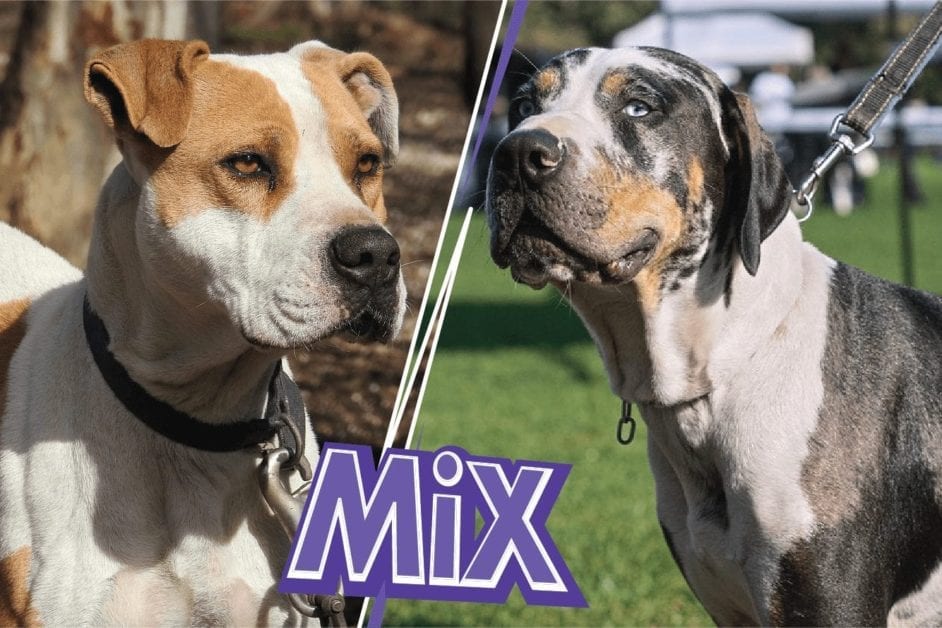 The Albanian Pit Bull is a dog with a reputation of a killer. It’s famous for extreme instability and aggressiveness. Even experienced breeders and dog handlers cannot always cope with this dog.

Let’s figure out why the breeders created this breed, whether it exists as a separate species, and is it true what they say about it.

History of The Albanian PitBull

The ancestors of pit bulls were bulldogs, which were crossed with terriers. The former inherited strength, endurance, and perseverance, and the latter gave the descendants a speed of reaction.

Pitahoula (Catahoula & Pitbull Mix) | To breed the Albanian pit bull, which quickly became famous for its unusual appearance, an American pitbull Dog and a Catahoula were crossed.

Interesting! The Catahulu is a leopard dog used for hunting bears and wild boars, and is the fruit of the crossing of native Indian dogs with red wolves.

Scientists for a long time could not achieve the appearance of pronounced spots in a pit bull, since the “merle” gene, which is responsible for such a color, is alien to this breed. After several decades, breeders were still able to achieve their goal. But to achieve it, it was necessary to sacrifice the stability and health of the animal.

The fact is that pigment cells in dogs are formed at the same time as nerve cells. If a “foreign” gene appears in the dog’s body, then it affects not only the color, but also the mental health of the dog. This leads to disruption of the central nervous system, abnormal mental development of the animal, blindness, deafness, sterility.

Here are some facts to help you learn more about Albanian pit bulls:

Description Of The Breed, Appearance And Color Of The Coat

External indicators are standard for all pit bull terriers :

The Albanian Pit Bull is a better hunter and fighter than the American Pit Bull. Non-standard for Albanian pit bulls are “spotted” or “leopard” coat colors.

Character And Behavior of The Pitbull Catahoula Mix

Healthy pit bulls who do not have mental problems are able to recognize who belongs to their close environment and with whom they need to keep an eye out. They are confident in themselves and love their owners very much. Having amazing courage, they can even give their lives for the salvation of a person.

Pit Bull Terriers, with the right upbringing, can get along well with children, protect them and be partners in games. But you shouldn’t leave a child with a dog alone.

In addition, you need to teach your kids to respect any living creature, including a dog.

How To Choose The Right Leopard Pit Bull Pauppy?

Finding an Albanian Pit Bull puppy will not be so easy. Nowadays such dogs are bred only within the United States.

To exclude cases of fraud on the part of breeders, it is recommended to look at the parents of the babies. Often, representatives of this breed of dogs adopt genetic behavior, character traits, and various kinds of diseases.

Caring For An Albanian Pitbull Puppy

Before the puppy arrives in the house, you should buy toys for dogs. The pet store has a large selection, but it is better to check with the seller which ones are suitable for pitbull puppies. It must be remembered that the puppy, during the period when teeth are growing, all it really wants and just needs is to gnaw on something. Let it be special toys, not a new sofa.

When buying a puppy, you should ask the breeders what was the diet of the puppy like. In the first month of life, the puppy should be fed up to 6 times, at the age of 2.5-3 months – up to 5 times, 4-5 months – 4 times, at six-month-old the puppy needs food 3 times a day.

Protein is important for puppies.

Care And Maintenance Of An Adult Albanian Pitbull

Due to the short coat, the pit bull will not tolerate the cold. It is recommended to keep the dog in the house or, as a last resort, to equip the booth with a warm floor.

An excellent option would be to provide the dog with a personal space in which it can see most of the house, where it will not be scolded, treated (in order to avoid the appearance of negative associations in the animal with its place).

The owner always has a choice: to feed the dog with homemade food or ready-made food. On this issue, there is no consensus among dog handlers, and it all depends on the wishes of the owners.

With natural nutrition, the following should be given in reasonable doses:

You should not feed the animal with food from the table of humans. The animal’s diet should not contain:

Important! Pit bulls have a high risk of allergies. Any allergens should be excluded from the animal’s diet: citrus, milk, pork, corn, wheat, sometimes even chicken.

Do not walk with the animal on too hot or too cold days. During cold weather, it’s worth taking care of protecting the animal from frost. It is recommended to purchase warm waterproof overalls for the winter.

During the summer, in too hot weather, you should not walk, you can go out early in the morning or wait for the evening when the ground has cooled down and the dog can walk on it without burning its paws.

The Pit Bull, as a sports fighting dog, requires increased physical activity to maintain the desired weight and muscle tone. It is necessary to provide the animal with a sufficient amount of training to be able to spend energy in the right direction.

A good option is to tie a car tire to the harness of the leash so that the dog pulls it along, or go jogging together.

The period of primary socialization begins from the 3-5th week and lasts until the age of 14-16 weeks. At this time, it is better to give your puppy the opportunity to independently explore the environment, study smells, tastes, and communicate with other animals.

This is an important prerequisite for its social development and increases the likelihood that a playful puppy will grow into a reasonable and obedient dog.

Upon reaching maturity, the dog will try to compete with the owner for the right to dominate. And at this stage, it is impossible to give up positions. It will be almost impossible to regain the lost authority.

The pit bull should be kept strict, but not intimidated. Respect for the owner works better than fear of him. In addition, if the dog recognizes the leader in the person of the owner, training will go better.

Interesting! In the pack, the subordinate demonstrates its belly to the dominant creature, recognizing its leadership.

In order for the dog’s health to be strong, it is worth regularly paying attention to measures to maintain the purity of the animal:

Important! You can only cut off the light areas of the claws. Blood vessels grow in dark areas.

Don’t forget how dangerous ticks are for pets. After walking outside, it is recommended to examine the animal for the presence of parasites or thorns.

Particular attention should be paid to the neck, armpits, and groin areas.

Spotted Pit Bulls are prone to a variety of diseases, so it is worth visiting your veterinarian every three months.

Rabies vaccination is given at 7 months. In the future, to maintain immunity, dogs are revaccinated annually.

It is important to understand that during this period, the puppy’s body is weakened, so the risk of natural infection increases. For vaccines that require re-administration, a two-week quarantine is required after the second vaccination, since the animal is more susceptible to viruses and diseases.

Pros And Cons Of The Albanian Pit Bull Breed

The Opinion Of Dog Handlers About The Breed

Cynologists warn that this breed is not studied enough, is unstable, and therefore very dangerous. Due to mental problems, the animal may not respond well to training or not at all.

A physically strong dog, adapted for hunting a bear, plus mental problems, is not the best option for a pet. This is the case when genetics turns out to be stronger than the love of the owners, and it is useless to argue here.

Cost Of An Albanian Pitbull Puppy

At the moment, the number of individuals are in units, so the Albanian Pit Bull Terrier is an exclusive among dogs.

You can not even count on a cheap option. Buying an Albanian pitbull puppy will cost 18-20 thousand dollars. In addition, it is worth considering the cost of transporting the animal.

As long as the Albanian Pit Bull remains unrecognized by the AKC nor the FCI, it is impossible to think about purchasing a puppy. Intermediaries often sell mix-breeds with broken health and impaired mental systems. Because of this, there is a stereotyped opinion about the breed as a whole.

A true Albanian is a loyal friend and a good guard, but finding a purebred dog will not be an easy task.