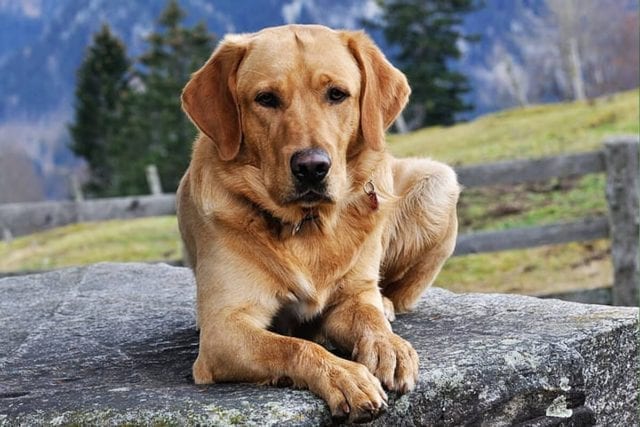 The Golden Retriever is one of the most popular breeds in the world as it exudes a jovial and friendly attitude. Its intelligence and Its image of an affectionate dog and perfect for the family explain this success.

Its golden coat is characteristic. It’s also an excellent swimmer and fit for the job. Hunting, guide dogs for the blind, search, and rescue are areas where It excels.

The Golden Retriever is a dog of controversial origins. One of the theories relating to it that it’s a descendant of Caucasian Shepherds acquired in 1858 by Lord Tweedmouth. Another legend has it that the Golden Retriever was born from a cross between a Water Spaniel and a Bloodhound.

It was in 1909 that the breed appeared for the first time in a dog show. It was registered in England in 1913 before being recognized there in 1931 as a pure breed.

The Golden Retriever is defined by the FCI standard as a sociable, affectionate, loyal, and docile dog. It is an intelligent breed that can prove to be an exceptional hunting animal, but also an extremely gentle companion for the elderly and children of all ages.

Sure of Itself, he is a worker by nature. However, he prefers the company of his masters to solitude.

It requires a lot of affection and attention. It’s a public entertainer, capable of all jokes to attract the attention of Its master or his audience.

The Golden Retriever is a race of great sensitivity and must be educated through more encouragement than reprimands. It’s stubborn and independent character might resurface if It feels compelled to do something against Its will.

Tact and patience will therefore be the assets of a good teacher. It continually seeks to please and satisfy Its owner. Finally, it’s important to ensure early socialization

The Golden Retriever can handle an indoor life as long as it can stay close to its owners and go out every day. Despite everything, It will be much happier if It has an outdoor space where It can run and have fun until It loses Its breath.

The Golden Retriever is a hardy dog ​​that loves water. You must still make sure to dry its tail well, especially at the base, to prevent the muscles from contracting painfully. The ears are also quite fragile and it can be prone to allergies, dermatitis, and other skin diseases.

Among the most common risks, It also has some predisposition to cancer, hip dysplasia, or even cataracts in Its old years.

The life expectancy of a Golden Retriever is, on average, between 12 years and 14 years.

It has a thick undercoat. It’s therefore recommended to brush daily (if possible) or once a week at the bare minimum to avoid tangling. In addition, the Golden Retriever molt is regular, but it becomes more pronounced in the spring. At this season, the amount of hair lost is important.

It has a self-cleaning bristle which must be brushed regularly to prevent the formation of knots. A  bath every 2 or 3 months is enough for It. Its grooming should, if possible, be entrusted to a professional.

The Golden Retriever needs a balanced diet to avoid overweight. Its daily ration is ideally taken in 2 meals. It’s estimated that It eats an average of 400 grams of premium kibble. The quantities will increase or decrease depending on the quality of the kibble.