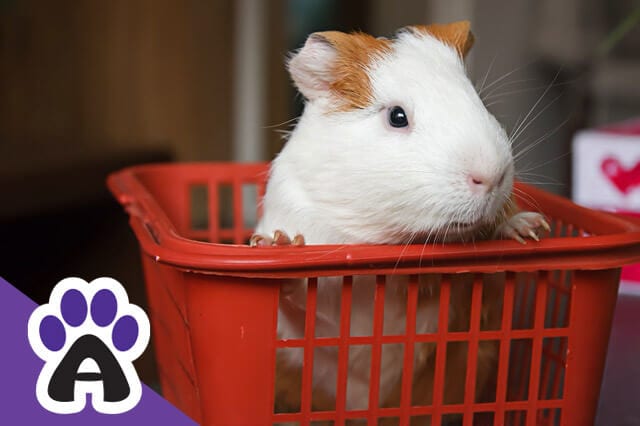 Breeding guinea pigs is not that difficult, as these animals reproduce quickly and easily recover from childbirth. The main difficulty lies in the selection of manufacturers. The vitality and value of the young will depend on their breed qualities and state of health.

Let’s find out what you need to know about breeding guinea pigs at home and what novice rodent owners need to be prepared for.

At What Age Can You Mate Guinea Pigs

Puberty in these animals occurs early – at 2 months. However, it is too early to use a female for breeding at this age. It may have health problems.

Breeders and veterinarians advise postponing the first pregnancy until the mumps is 7-8 months old. However, it is impossible to delay the receipt of offspring. It is important to have time to cross the female before a year.

Before mating, heterosexual rodents are kept in separate cages. Otherwise, it will become impossible to control the reproduction of guinea pigs. The female and male will mate almost immediately after giving birth.

Attention! The guinea pig should not be allowed to become pregnant too often, otherwise its body will quickly be depleted. Then It will not be able to bear and give birth to healthy cubs.

Domestic guinea pigs can give birth at any time of the year, but conception occurs only at a certain time – when the female has estrus. The heat starts every 2-2.5 weeks and lasts approximately 48 hours. The most favorable time for conception is the first 12 hours of estrus.

To breed guinea pigs, you need to be able to recognize when the female is ready for mating.

Rodent breeding will be successful if the owner selects the right pair. For reproduction, only healthy individuals are chosen, the weight of which exceeds 700 g. The pigs should be approximately the same age.

Rodents are allowed for breeding:

Individuals that are prone to aggression, overweight or skinny, and also have defects in body structure are not suitable for breeding. You can not give guinea pigs that have recently been ill for mating.

For successful breeding, it is advisable to choose a male for the female who already had mating experience. In addition, it should be slightly larger than the future partner.

The main difficulty in breeding domestic guinea pigs is that it is difficult for a person ignorant of genetics to understand the features of color inheritance. So, when crossing a pair of white and black pigs with smooth fur, one can expect the birth of babies with both white and black fur coats.

If you mate two black short-haired rodents, red, satin, tortoiseshell, white cubs can be born. The birth of albinos is not excluded. These colors appear when the recessive gene, which is hidden behind the dominant black, is working.

It turns out that an albino can be a carrier of a gene of any color, just his coat is devoid of pigment.

When two white gilts mate, completely different offspring are born. If you cross white smooth-coated guinea pigs with black or red ones, piebald cubs can be born. This is how hidden recessive genes manifest themselves.

When choosing a pair, it is important to take into account not only the color of the coat, but also its structure and length. So, if a shaggy white pig, heterozygous for the first sign, was crossed with a short-haired male of a different color, then her offspring are more likely to inherit a shaggy coat.

In this case, the color of the fur is not dominant, so the color can be different.

If the pig has reached puberty and is ready for breeding in all respects, it is crossed with a male. You need to wait for heat and put her in a cage with your partner. Mating takes place on its territory or on a neutral one, but not in the female’s dwelling.

Guinea pigs do not breed without the participation of the owner. For a female to give birth easily and without complications, you need to make a lot of effort.

Two weeks before mating, the couple should be switched to a light food with a high content of vitamins. Animals should not be allowed to overeat – due to excess weight, problems may arise during the bearing of cubs and childbirth.

During estrus, the female is placed next to the male. All excess is removed from the cage, only containers for food and water are left.

Acquaintance of a couple

Before you start breeding guinea pigs, you need to introduce the couple. First, the male and female cages are placed side by side so that the pets can observe each other and smell the neighbor. After a few days, you should try to arrange a face-to-face meeting of rodents on neutral territory – in a spacious box or aquarium.

If animals do not fight, then they may well start a family.

How the mating process works

After acquaintance, the pair can be connected for the duration of the female’s estrus. In this case, the female is placed next to the male, and not vice versa. It is better to put the cage in a quiet room so that no one interferes with the guinea pigs.

Rodents mate several times. The process itself takes less than a minute. The female assumes a posture with an elevated rear and freezes. The male comes up from behind and has sexual intercourse. For breeding to be successful, it is better to leave the animals together for at least a day.

Some breeders will house the guinea pigs after mating, and then merge them again after a few hours. The more times a crossing occurs, the higher the likelihood of conception.

For example, if you cross a smooth-coated male guinea pig with a rosette female,  a  piglet mix will be born. Some piglets will look like Sheltie, some of the litter will get rosettes.

When using representatives of different breeds for breeding, the owner will receive different results each time. However, this makes no sense – crossbred descendants cannot take part in exhibitions, and it is impossible to sell them dearly.

Even when breeding guinea pigs of the same breed, difficulties can arise. Take, for example, the outlet. When two carriers of the rosette gene are crossed, pigs without spirals sometimes appear. This can happen if the male and female have a smooth coat allele.

The number and quality of outlets also depends on the M modifier, which can be recessive or dominant. In the first case, the descendants will have the required number of correct spirals. If the modifier dominates in the parents, the babies born will only have ridges or curls. The variant of the appearance of piglets with two rosettes and a comb is possible.

Each breed has its own nuances of breeding, so it is undesirable to cross representatives of different lines.

Signs of a successful mating:

Pregnancy in guinea pigs lasts 62-70 days. During this period, the rodent needs good care. The very first thing to do is to separate the expectant mother from her relatives and provide her with complete peace. It is better to remove stairs and hammocks from the cage and put building materials for the nest – napkins, pieces of soft natural fabric.

It is necessary to monitor the quality of the female’s nutrition. The health of the mother and her offspring depends on this. In addition to pelleted feed and hay, the diet should contain:

A pregnant pig is given a rosehip decoction, it is rich in vitamin C. There must be a mineral stone in the cage. It is important to ensure that there is always clean water in the drinker.

The approach of childbirth is indicated by a lack of appetite and increased thirst. The process of giving birth to babies takes no more than an hour and a half. There are from 1 to 5 piglets in a litter, each of which hatches with an interval of 10-15 minutes. After the guinea pig has given birth, it independently ruptures the fetal bladder, gnaws through the umbilical cord, and licks the babies.

Attention! Guinea pigs are born with a furry body. Their eyes are open and their teeth are formed.

Newborn babies do not need anything, the mother takes care of them. The main thing is not to touch the babies with your hands, otherwise the female will refuse them because of the foreign smell.

For some people, breeding guinea pigs has become a profitable business. You can make good money from the sale of young animals. True, you first have to spend money on the purchase of cells, inventory, and manufacturers.

To be successful in the rodent breeding business, you need to find as many distribution channels as possible for the young.

Anyone who wants to breed rodents at home should think carefully about everything and study the recommendations of experts on crossing pigs of different breeds and colors. Without this knowledge, it is impossible to choose the right breeders and get cubs with good breed characteristics.