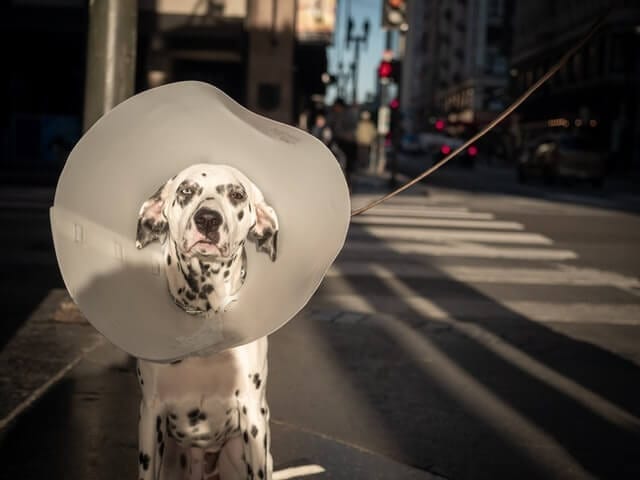 Dog spaying or neutering is one of the most responsible ways dog owners can take care of their pets. Many owners often have many questions about sterilization and neutering procedures and therefore the associated risks, and the cost of the operation. Here are some answers to the most common questions

What is the difference between spaying and neutering?

The term sterilization and castration refers to the surgical removal of the reproductive organs of a female dog and a male dog respectively.

When a female is spayed, the vet removes Its ovaries and usually Its uterus as well. Spaying renders a female unable to reproduce and It will stop going into heat. Generally, the behavior related to reproductive instincts will cease, but this is not always true for every dog.

When spaying a male dog, both testicles and associated structures are removed. This procedure is also known as castration. The sterilization makes a male dog unable to reproduce itself, and any behavior related to the reproductive instincts usually stops, but even in these cases is not always the case. These changes can depend on the dog’s age and other factors.

Alternative procedures are available, such as vasectomy for male dogs ( cutting the tubes that carry sperm from the testicles ), but they are not commonly performed. Pharmacological castration, on the other hand, is a temporary castration. The dog will have no sexual impulses and will not show any interest in mating for anywhere from 6 months to 12 months. Pharmacological castration inhibits testosterone. For this specific type of castration, talk to your veterinarian thoroughly.

There are two different surgeries for sterilization of female dogs:

The benefits of sterilization

the sterilization of the animal brings with it numerous advantages, such as the elimination of the hormonal component which would help to reduce the risk of tumors induced by estrogen and progesterone which are benign but not that of tumors not on a hormonal basis which are malignant. However, sterilization, especially after the first heat, halves the risk of onset of new metastases.

Risk factors to consider before sterilization

Castration, also called orchiectomy, consists of the removal of the male gonads(testicles), where sperm and testosterone are produced.

The benefits of castration

Factors to be evaluated for castration

Why is it important to spay or neuter your dog?

These procedures also have specific health benefits that can help a dog live a healthier and longer life and can reduce behavioral problems. Spaying or neutering a dog helps prevent serious health problems, including breast cancer and pyometra, a potentially life-threatening uterine infection.

Spaying male dogs helps prevent them from developing testicular cancer. Spayed male dogs are also generally less aggressive and less likely to stray from home. This helps keep them safe because they are less likely to get into fights or get hit by a car.

On the other hand, some diseases, such as prostate cancer and some orthopedic conditions, are slightly more common in spayed or neutered dogs. For most pet owners, the pros of spaying or neutering their dogs outweigh the cons.

What’s the best age to spay or neuter your dog?

The conventional age for spaying or neutering a dog is 4 to 6 months, although a clinic or specialist shelter can safely spay or neuter dogs as young as 2 months. However, each individual owner should discuss their specific circumstances with their trusted veterinarians.

Numerous factors can influence the timing of spaying and neutering. It is important to deepen and analyze them.

For example, a dog’s breed can make a difference. The research has shown that the larger dog breeds tend to mature a little ‘later than their smaller counterparts. The life situation of an animal must also be considered.

For example, a male and female from the same litter adopted in the same home should be spayed and neutered before the female goes into heat. On the other hand, there is less urgency to spay or neuter if the puppy is the only whole dog living in the home. (whole dog = dog not spayed / neutered)

For male dogs, adult size is an important factor. Small and medium-sized male dogs are generally spayed first – around 6 months old – while your vet may recommend waiting until a large or giant breed puppy can wait up to a year or more before spaying.

But before a dog is spayed or neutered, it is very important that the veterinarian has a thorough check-up to make sure it has no health problems.  The pet owner should also provide a full medical history, as conditions or current prescription medications may be relevant. A dog before spaying or neutering should be fasting, with the exception of water.

Recovery from sterilization and castration

Times and methods of recovery after surgery

Dog owners can help their pets recover safely and comfortably after being spayed by following a few recommended precautions :

If your dog shows an interest in play and a strong vitality, it means that the recovery from the operation is going well and that your dog is recovering.

However, while playful and vital it is good to wait until It’s completely healed before running and jumping around. If you notice liveliness and energy in your pet it is usually proof that your dog is about to recover.

Pros and cons of sterilization a female dog

Is spay and neuter surgery risky?

Spaying and neutering are common surgeries, but there is always some degree of risk to animals undergoing surgery and under general anesthesia.

Dogs should undergo a full physical exam to ensure their overall good health before surgery is performed. Blood work may be recommended to ensure the dog has no underlying health problems. Liver and kidney problems and heart murmurs may require further investigation.

How much does it cost to spay or neuter your dog?

The cost of spaying or neutering a dog varies widely based on the geographic area and size of the dog. On average, most animal clinics, clinics, and hospitals charge around  $ 200/250 for the female and $ 100/150 for the male dog.

Prices are estimates. It is also possible to find cheaper prices of around 10-20%. Ask your vet, and know that there are centers and associations that offer a significant price for the sterilization and neutering of males.

We advise not to choose only on the basis of the lower price, it is a delicate operation that is however performed under total anesthesia. It must be performed in complete safety by a professional.

Misunderstandings about sterilization and castration procedures

A number of misconceptions about spaying and neutering dogs persist. One of the most popular beliefs is that a neutered dog gets fat. That’s not true, as long as dog owners provide the right amount of exercise and dog food.

Dogs tend to need fewer calories (by around 20 percent) after being spayed or neutered, but changing their diets appropriately and keeping them active prevents weight gain.

Another misconception is that spaying or neutering a dog will change the personality. This is not true either. It shouldn’t change their behavior much. If anything, it can help stop unwanted behaviors like marking around the house.

My dog ​​has a blue tongue: Why? What to do ?
What's the best food for a Bulldog?
Dog Clipper Tips and How To
The Most Common Diseases That Affect Golden Retrievers
How Long Can a Dog Go Without Water