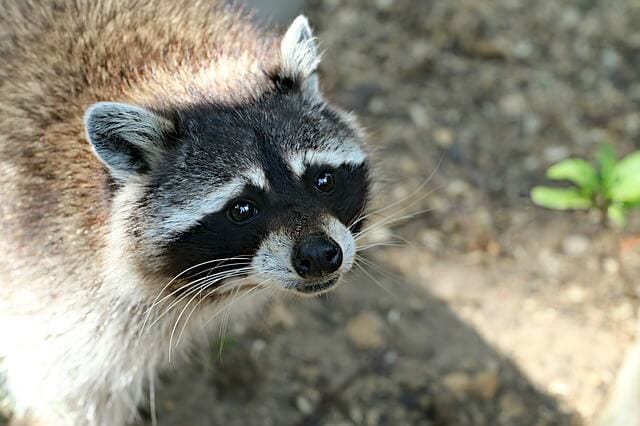 Raccoons are known to be animals that can potentially transmit rabies. Luckily, nowadays, the chances of a dog getting rabies are rather low considering that the rabies vaccine is mandated by law in most States.

However, just because your dog is current on rabies doesn’t mean that it’s all clear. Some dog owners reported their dogs were bitten by a raccoon, even if they were current on their rabies shot, the vet will still recommend that they come in and get a rabies booster shot. This is because rabies is a very serious condition you do not want to have any chances with. It is deadly and can be transmitted to humans through bites and even scratches.

If your dog isn’t vaccinated, then that’s another story. Things get much more complicated and we’re talking about strict quarantine.

On top of concerns about vaccination, you have to then worry about infections and possible coonhound paralysis

Rabies is a contagious and deadly disease caused by a virus that attacks the nervous system. It can affect all mammals, including humans.

The virus is usually transmitted through infected saliva that gets into a wound or mucous membrane. The infected person or animal then develops irreversible symptoms that cannot be cured. From the moment symptoms appear, death is inevitable.

Minor differences in the virus make it possible to identify, through specialized laboratory tests, different “variants”. The variants of rabies are named according to the main animal species responsible for the transmission of the virus. It is possible that an animal species may be infected with a different variant of rabies than the one usually associated with its species. The major difference is that the virus will usually not persist in another species, although it does cause disease there.

The following types of rabies can be found in:

Bat rabies is the most common variant of rabies and is present in all regions and in all bat species. In North America, it is the most frequently involved in the transmission of rabies in humans and has caused the most deaths in humans in recent decades.

Signs of rabies in domestic animals

Symptoms of rabies in domestic animals progress rapidly to death within 10 days, preceded by one or more of the following manifestations:

If an animal has symptoms compatible with rabies, it is important to isolate it. Contact with humans and other animals should be minimized.

A veterinarian should then assess the situation as soon as possible.

How Long Do Corgis Live & How to Extend Corgis Life | Everything To Know About
Why is My Dog's Stomach Gurgling?
My Dog Has a ​Broken Nail, What to do?
The Most Common Diseases That Affect Golden Retrievers
What's the best food for a Bulldog?