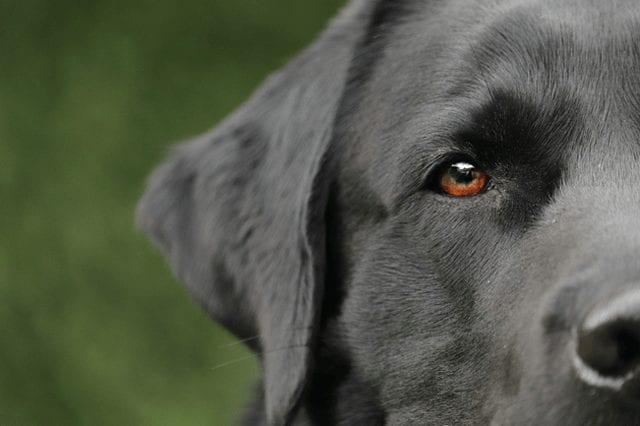 It is usual to be able to find on many websites, certainly not from serious breeders, announcements concerning the sale of “very rare” and “very expensive” Silver Lab.

These puppies are in great demand on the market and finding available ones is difficult as the price is not accessible to everyone, in fact, the puppy can cost mind-boggling figures such as 2,500 Dollars or more.

It is important to clarify this coat color, trying to disprove the many falsehoods that have been created over time regarding this Labrador color, in fact, with this article, we will shed light on this scam that is perpetuating on the web ( and in some cases in reality).

The Silver coloring in the Labrador does not exist, this assumption is supported by evident scientific studies that have analyzed in every aspect the genetic makeup of this breed which can never present such pigmentation of the coat which is therefore completely artificial.

For some self-styled “breeders”, which should actually be defined as “scammers”, the ” silver, silver, gray ” color of the Labrador Retriever derives from a “dilution” of the well-known and, above all, recognized variant, namely that of the chocolate labrador.

For such “breeders” there would be a gene that would lead, in some puppies, to a dilution of the normal chocolate color in a lighter one, namely the famous Silver / Gray.

These puppies would be born from the mating of two Labrador Retrievers with a slightly faded chocolate coat, this light-colored coat would lead to the possibility of obtaining some very rare and very expensive Labrador Silver from the litter.

This whole thesis is a huge lie aimed at defrauding unwary buyers who let themselves be misled by these dishonest “breeders” simply attracted by this particular and rare color.

It is therefore necessary to clarify this “Silver variant” in Labradors which is actually the result of a mere cross between a Labrador and a Weimaraner.

Every Kennel Clubs world-wide asserts that the Silver Labrador is not a pure breed, fans of this color have simply been surrounded by the many lies written on the web or by those heard by such dishonest “breeders” who, in order to make a profit, invent the existence of this type of Labrador making it pass for very rare and therefore very expensive.

Why Shouldn’t You Buy a Silver Labrador?

Surely every person has the freedom to buy what they like best with their own money, but it is useful to clarify the ethical-health problems associated with this coloring and how there is no “genetic purity” in these puppies.

No canine body authorized will ever be able to issue a pedigree that bears the wording “Labrador Silver” under the mantle entry, and this is due to the fact that this coloring is not recognized as natural by the Standard of Breed, any pedigree reporting this is false and can be safely discarded.

The American Kennel Club, some time ago, released some pedigrees that reported this Silver coloration, probably this was due to the fact that they recognized these puppies as Chocolate Labradors with a slightly more faded color than the normal standards, rectifying then, later, such an oversight.

Since the canine genetic map was drawn, which to date is 99% for every single breed known, for Labrador Retrievers there is no diluted “dd” color gene in their genetic makeup.

This gene really exists but only in a dog breed or the Weimaraner.

The D locus is the main gene associated with diluted pigment, which results in coats that would otherwise be black or brown, showing gray or blue instead in the case of black and light brown in the case of brown.

It has recently been shown that the MLPH mutation encoding a protein called melanophilin is responsible for the diluted effect, but not all mutations causing the dilution have been identified yet.

The standard for Labradors is only three colors such as black, yellow (from light cream to fox-red), and chocolate (liver).

The nuance in the chocolate pigmentation is not expected unlike what happens in the yellow color where you can have both fox red and light cream coats, these colors are not linked to the diluted gene “dd” but by modifying genes that act on the gene ” ee “.

The  coat color genes identified in the Labrador Retriever include:

As you can easily see, the D gene and its alleles responsible for the “dilution” effect on the color of the dog’s coat are missing from the genetic picture of the Labrador Retriever.

It is important to know that those who boast news of this type, falsify pedigrees, and pass off dog breeds that are actually completely non-existent, is potentially punishable by law by being criminally liable for such lies and for the buying and selling of non-purebred dogs, passing them off as such.

We must therefore be careful when buying a purebred dog , inquiring and contacting only certified breeding centers that will guarantee the genetic quality and health of the puppy.

Why Is My Dog ​​Staring At The Wall? 5 reasons
Why Should You Adopt a Small Dog Breed?
Facts To Know Befor Adopting a Black Labrador
Choosing Your Dog's Gender: Male or Female ?
5 Important Things To Teach Your New Dog When It Arrives Home