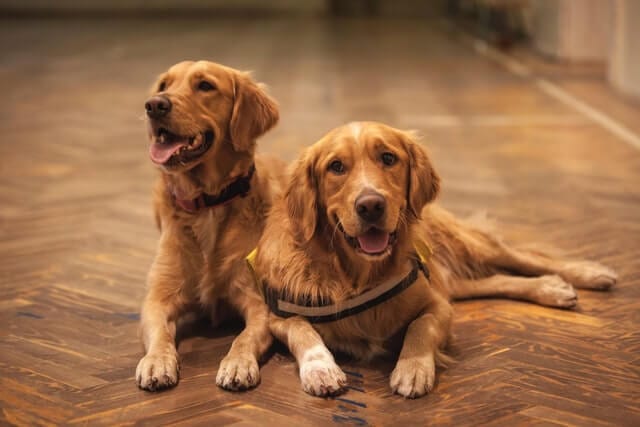 You’ve taken the plunge and are ready to adopt your dog. The choice of the breed may not have been a problem. On the other hand, you hesitate before the choice of sex. A male or female dog? What are the strengths of one over the other? What should I expect if I choose a female over a male? All these questions to help you make your choice.

A male dog will never look like one of Its same-sex counterparts. The same goes for a female. However, some characteristics are close. Generalities often help to make the right choices or to avoid the worst according to their aspirations. Certain criteria must be taken into account when taking the plunge and making a decision.

The first distinction, before opposing the two sexes, is purely physical. In principle, the male dog is heavier, more voluminous than a female, thinner, slender. On a leash, a female is, therefore, more easily steered than a male.

Your male dog will normally be lively, playful, always ready to have fun with you. It prefers to act rather than observe from far. It will be an actor and not a spectator of a scene. So, of course, your dog could be clumsy in Its movements, in Its gestures. Maybe a little rawer. The fact remains that it is endearing.

Where the female is more independent, your male dog will be more tender, more affectionate, more eager for petting and cuddling. Your male dog will always be looking for contact with you. It will constantly display Its satisfaction with spending time in your company. Thus, it is customary to say that the male is more emotionally stable.

Whether male or female, your dog will protect its territory. However, males have this annoying habit of lifting their paws during walks every 2 seconds to assert their territory. Your male will also be particularly aggressive towards a fellow creature when It smells of a female in heat.

It’s directly related to hormones. In periods of heat, or when your male senses a female in heat not far from It, It will not hesitate to run away from your home. This is not the case with all males. Well educated, your dog should not have to reflex. The best way to avoid this rarely pleasant behavior is to have It sterilized.

Less playful than a male, your dog will contemplate, observe more. It takes more the initiative to come to be cuddled than a male. It chooses Its moments. Thus, It’s more independent and needs your presence less in order to thrive.

More gentle and caring perhaps than a male, your dog should be less of a concern to you, especially when it comes to running away. It’s not very attached to it, preferring your contact and Its home. Thus, It does not run away to mate, unlike males. Your dog will be easier to train.

Your bitch will not stop every 5 feet as a male will. On the other hand, the period of heat (twice a year, for 15 days) is synonymous with a change in Its behavior. Thus, It can become aggressive, anxious. It can also leave traces of blood behind in your home. When out on a leash, It can attract many males around It. The best barrier to all of this is to have It sterilized before It’s 2 years old, otherwise, It will have hormonal complications.

Whether you choose a male or a female, there will be pros and cons. The main concerns correspond especially to the hormones of dogs, which offer certain runaways in the male, or a change in behavior in the female. The female is generally easier to educate, more docile, but more independent. The male will be more playful, dynamic, and will constantly seek hugs.

The Chocolate Labrador
Which Dog Breed Should You Choose ?
Why Should You Adopt a Large Dog Breed?
Facts To Know Befor Adopting a Black Labrador
Choosing a Female Dog