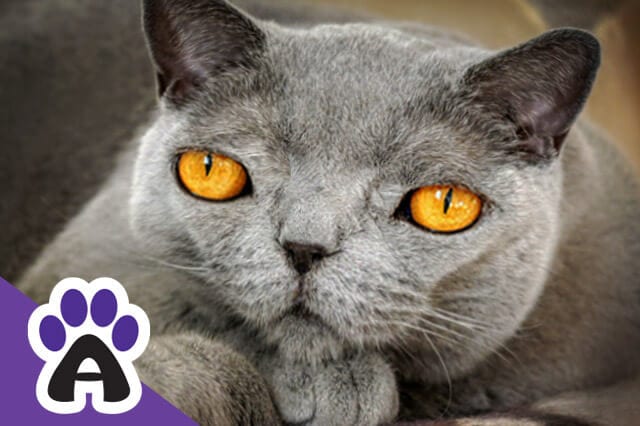 You have probably heard of Down Syndrome in cats, especially due to some cases of genetic malformations in felines that have become very popular thanks to some Instagram accounts.

Crossed eyes, dwarfism, twisted limbs syndrome, or some alterations in the shape of the skull or nose are some of the traits that you can find in some felines.

They are rescued by people with big hearts, who decide to give them a second chance and show the world that with love, tolerance, acceptance, good nutrition, and all the care, they too can have a great quality of life.

Contents hide
1 Is there Down syndrome in cats?
2 Genetic Alterations in Cats
3 My cat is different, why is that?
4 How to care for a cat with genetic alterations?
5 Famous cats with “Down syndrome”

Is there Down syndrome in cats?

The first thing to clarify is that there are many doubts about whether or not there is Down syndrome in cats . Science explains that affirming such a thing is an error and one of the most powerful arguments they offer is that the condition appears in humans as a consequence of an alteration in chromosome 21.

All beings have genetic information, but the way the chromosome pairs are grouped varies greatly from one species to another.

This makes talking about Down Syndrome an exclusive condition of the human race, although science already accepts similar cases in gorillas or chimpanzees, taking into account that the affinity of their chromosomes with those of humans, coincides in 98%.

Thus, we can see how in dogs or cats there are alterations in other pairs of chromosomes, which can cause genetic malformations such as: anatomical abnormalities, physical alterations or mobility problems, and certain cognitive difficulties. Neither of them should be considered a form of Down Syndrome.

We must remember how natural selection works and how this process affects cats with genetic alterations. The reason why it is not usual to see a kitten with certain malformations is because naturally the mother considers it unfit and decides to abandon it or deny it the necessary care after its birth.

Many rescue groups are lucky enough to find these little creatures and work hard with them to give them a second chance. These pets are placed in foster homes, where they receive all the necessary care and, in some cases, they come to find permanent homes where they live very happily.

It is not normal for people to decide to adopt a cat with genetic malformations, cognitive problems, or reduced mobility. In most cases, they are rejected because of their appearance, their behavior, or because their health is usually fragile and requires not only diets specially formulated for conditions such as sensitive stomachs or kidney problems but also constant veterinary care.

However, social media has served to encourage other people about these disabled kittens. They not only educate us in love and tolerance, but also to understand that these creatures can have a full, beautiful, and quite normal life.

My cat is different, why is that?

In humans, Down Syndrome can cause growth retardation and physical characteristics such as wide-set eyes, a flat nose, a protruding tongue, or shorthands.

Many people believe that their cat suffers from this genetic abnormality due to its physical appearance, behavior, lack of balance, or immaturity. However, these are peculiarities that can appear for other reasons or pathologies, such as inbreeding, which can cause physical and mental abnormalities in cats; malnutrition, or even being part of the character of the pet.

Other disorders that can be diagnosed in cats and have characteristics similar to Down syndrome are:

Just because your kitten has different features and “strange” behavior, it doesn’t mean that it has Down syndrome.

How to care for a cat with genetic alterations?

In general, many cases of kittens with genetic malformations show us that these animals get used to living with their limitations, becoming very similar to normal cats.

However, taking into account that there are mobility limitations, certain physical problems, or behavioral changes, as a pet parent it is important to take some more than necessary measures.

First of all, it is possible that your cat does not have the agility of a normal cat, so it is recommended to keep the space clear and discard some high-rise structures, which could cause accidents or injuries.

Certain cats with cognitive disorders become disoriented, so they may have stages in which they reject the litter box, meow for a long time at the least indicated times, or have unusual behaviors. For all this, the only solution is unconditional love and tolerance.

Famous cats with “Down syndrome”

Kittens like Monty or Maya, who have become true stars of social networks and accumulate millions of followers on Instagram or Facebook, draw attention for their curious physical appearance, however, in terms of behavior, these felines lead a similar life to the rest of the cats.

Their owners have taken advantage of the physical peculiarities and the character of these pets to start fundraising campaigns and raise awareness about genetic diseases and pathologies in cats, publish books, and even lines of clothing and accessories for animals.

Even so, you already know that these kitties do not suffer from Down syndrome, but other pathologies are what make them different.

In conclusion, the different chromosomal structure of cats means that they cannot have the same type of alterations as humans, which is why cats with Down syndrome do not exist. If you notice any strange behavior in your pet, the best thing you can do is take it to the vet for a full diagnosis through genetic tests, blood tests, or X-rays and, if necessary, seek a second opinion.