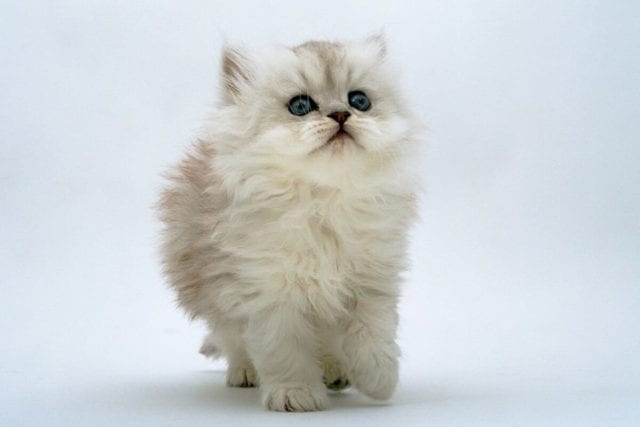 The Persian cat is one of the oldest cat breeds. Endowed with a soft character, it is a very calm long-haired cat who does not like being abrupt. Its comfort is found in a daily life regulated to the letter and in quiet places.

It’s resistant to changes and especially upheavals. Thus, It must eat at a regular time and especially not be disturbed when It does not seem decided. Not at all aggressive, Its mood shows mostly in Its eyes rather than the sound of Its voice.

It likes to laze around and take long naps. It enjoys being cuddled, It won’t be inclined to spend Its days being petted.

The ancestor of the Persian cat is the Turkish Angora, to which it owes its long coat. During a trip to Asia, the explorer Pietro Della Valle fell in love with a Persian whom he brought back with him in his suitcases to Persia.

This cat was immediately very successful, even in the court of King Louis XV. It arouses the enthusiasm of the French bourgeoisie.

The Persians took part in the first feline beauty contests in England in 1871. The breed standard was then the same as today. From 1880, the Persians were more crossed with the Angora to improve their fur. At present, more than 200 varieties of Persian exist across the world.

The Persian’s temperament is calm, gentle. It fears the changes in Its daily life. It must have Its habits. It doesn’t like to be disturbed. If It’s upset, It will point it out through Its pout only by meowing which It rarely uses.

Its tranquility must be preserved. Thus, It should not live in an environment that is too noisy. it can play with children, but children must be careful not to hug him too regularly. The Persian cat likes its independence just as It appreciates the presence of Its owner. It doesn’t mind being alone. The Persian is discreet, docile, and easy going

The Persian cat is a solitary cat who likes to have Its own moments. The apartment living perfectly suits it. A garden would be a nice plus to allow it to go out from time to time to stretch its legs.

The Persian cat is easy-going and It’s not against long naps. A cat tree can be provided. It will climb It with pleasure.

The Persian cat is a very fragile cat in terms of Its health. Its owner must be constantly attentive to maintain Its good physical condition. Due to Its crushed nose, the Persian is subject to certain respiratory diseases.

Certain kidney pathologies are also common in this breed. Thus, in addition to regulatory vaccines (rabies, typhus, leukosis, and coryza), the Persian can develop:

The Persian cat will need, throughout Its life, a very regular and daily brushing to maintain the good health of Its coat. It’s thus necessary to avoid the knots which can form. In addition to brushing, it will be appropriate to remove the impurities present on Its hair using a wet cotton ball.

The Persian demands constant attention. Brushing should be done daily. In addition to this, it is necessary to check Its ears, which are susceptible to many diseases, but also Its face. Indeed, the Persian can weep from the eyes. You should therefore clean Its face regularly.

The Persian has a very strict diet to be followed. Its diet is above all based on high-quality kibble found in pet shops and specialty stores. Human food should be avoided for this cat, especially since it is prone to obesity. Thus, avoid meat which could disturb its intestinal transit.